News on the search for unmarked graves located at former residential schools has quieted since this past summer when the remains of 215 children were revealed at the site of the former Kamloops Indian Residential School in B.C. Since then, dozens of First Nations across Canada have begun the painful process of surveying lands for unmarked burials. To date, over 4,300 unmarked graves have been counted—and the work is far from over. There is evidence that more than 7,000 children died at residential schools, and thousands more may yet be identified.

What are the findings so far?

Documents are often incomplete or were destroyed, and so official numbers are hard to come by. According to the 2015 final report of the Truth and Reconciliation Commission (TRC), there were over 3,200 confirmed deaths on residential school registries—a conservative number at the time. The National Centre for Truth and Reconciliation (NCTR) now records over 4,100 children who died in the residential school system. In Alberta, 26 residential schools were in operation; the TRC report shows that over 820 children died at these institutions across the province, with many more likely unreported.

Two of these institutions were located in the St. Albert region. Local searches have begun alongside “other suspected and confirmed burial sites in the Edmonton area” (such as the former Charles Camsell Hospital). Further collaboration with the City and landowners, and continued funding support, will be required before confirmation of any findings.

Dr. Kisha Supernant, a Métis professor at the University of Alberta and director of the Institute of Prairie and Indigenous Archaeology, spent much of her summer working with communities in Alberta and Saskatchewan to locate unmarked burials. Her team uses remote sensing technologies like ground-penetrating radar—a low-impact method that does not require excavation or other destructive practices to the landscape. However, Dr. Supernant is clear: this work could take nearly a decade to complete. Snow and ice in the Prairies have made it impossible to use some of the technical equipment throughout the winter, but communities remain dedicated to continuing the search.

Findings framed by numbers and landscape are only one part of the whole; other pieces are equally important. Listening to the testimonies of residential school survivors, Elders, Knowledge Keepers, and community members is vital to understanding the impacts of these institutions and to help map out locations for future surveys. Reviews of archival documents and aerial photos are another part of the ongoing efforts.

This work is difficult for those involved but an important step to help lead communities toward healing and protection. It offers a chance for communities to find closure through traditional ceremony, practice, and truth. The initiative is “monumental” and should not be rushed. Results, therefore, will not be immediate and will be revealed over time by communities.

Amid the heartbreak, the last six months have seen numerous tributes and memorials produced. Some are temporary installations, while others are more permanent undertakings.

At the University of Alberta, students and community members planted over 7,500 orange and red flags in the November snow to recognize the number of children who never made it home from residential school. Though a temporary installation, it offers a visual reminder that every child matters.

The NCTR recently released the Survivors’ Flag, “an expression of remembrance, meant to honour residential school Survivors and all the lives and communities impacted by the residential school system in Canada.” Survivors from across Canada designed the flag as a symbol for the public to show respect and support. 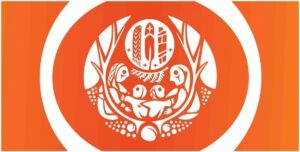 Figure 1- The Survivors’ Flag commemorates and honours children and families impacted by Canada’s residential school system. Learn more about each element and its symbolic meaning.

In addition, this year marked the first National Day for Truth and Reconciliation (September 30, also Orange Shirt Day) to commemorate and honour residential school survivors and reflect on the harmful legacy of the institutions.

There remains more work to be done. Not only to find, honour, and protect every one of the missing children, but also for governments and individuals to move forward with truth and reconciliation in a meaningful and impactful way.

On the flag, there is an incomplete circle that surrounds this image much in the same way that there are still many Truths to be told before we come close to understanding the impact residential schools had on Survivors, communities and the entire nation. And there is a story yet to be told. (Eugene Arcand, survivor)

What can you do?

If you or somebody you know is experiencing distress due to this topic, the Indian Residential School Survivors Society has a toll-free line at 1-800-721-0066 and a 24hr crisis line at 1-866-925-4419. We urge you to take care of your personal and emotional needs.