A living wage is rooted in the belief that individuals and families should not just survive, but live with dignity and participate in their community. A living wage is defined as the hourly wage that a primary income earner must make to provide for themselves, their families, and reach basic financial security. It allows for a higher standard of living than what is included in the Market Basket Measure, which is based on subsistence living. It includes child care, allowance for one parent to attend school, extended health and dental plans, and a minor emergency contingency fund. However, it does not include items that would allow families to “get ahead”, such as putting away savings or paying down debt.

This is the seventh year that the Edmonton Social Planning Council has calculated Edmonton’s living wage. It is based on the Canadian Living Wage Framework (2015) created by the Canadian Centre for Policy Alternatives (CCPA).

What is Edmonton’s Living Wage for 2022?

Edmonton Social Planning Council is pleased to launch Edmonton’s Living Wage Report for 2022, which we have been calculating on an annual basis since 2015.
A living wage is an ...hourly wage that a primary income earner must make to provide for themselves and their families, and reach basic financial security. As the cost of living rises every year, it takes more and more money to support a family. This year's report marks some exciting changes to the living wage as this year's calculation now considers the cost of living for a family of four, a single-parent family, and a single adult! Join us for this launch event to learn the new living wage figures for 2022, learn more about the living wage, and how to get involved in the Alberta Living Wage Network. 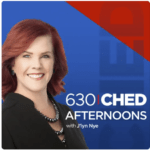